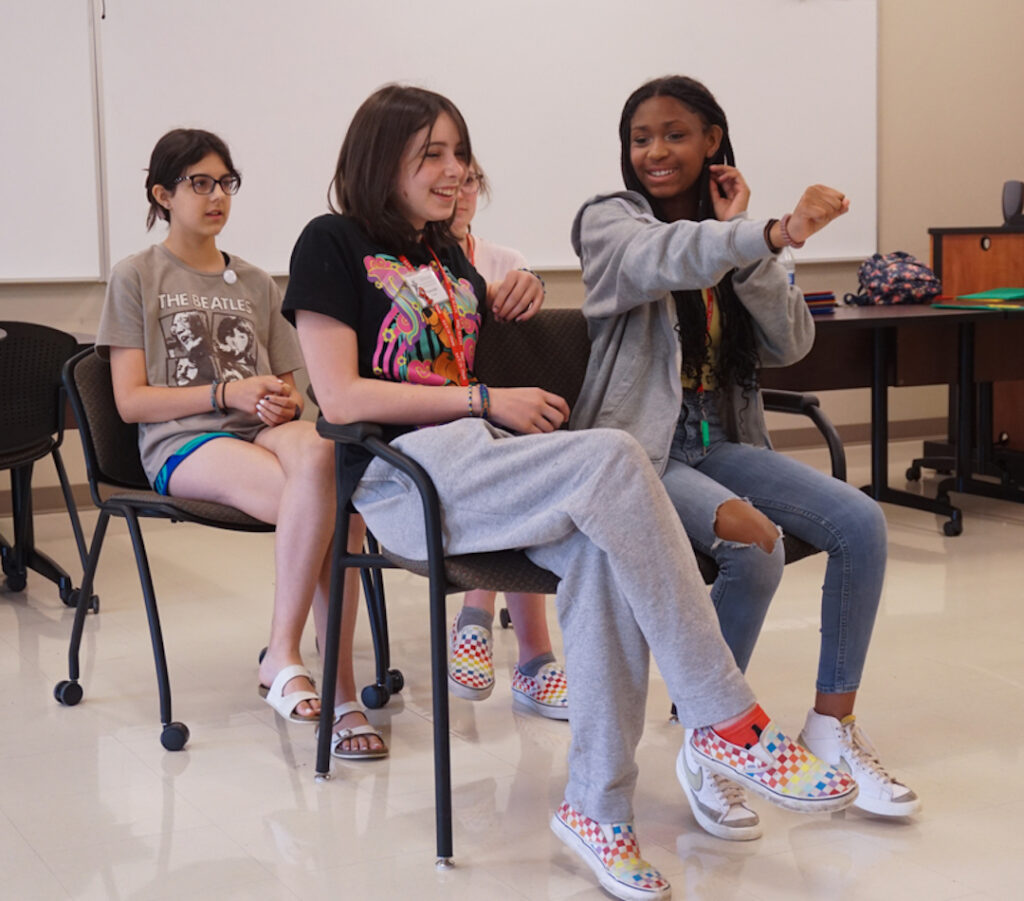 Four students step up to the front of the class. Veteran acting teacher Julie Boggess asks the spectators, “Where are they?” A student shouts, “Mars!” Ms. Boggess nods and asks, “What is their relationship?” Another student says, “Adventurers!” And so begins an improv journey in Thursday’s Acting class at SCATS.

Laura K., Adelaide F., Baylee T., and Mara G. put on invisible space suits, traveled to a giant crater they spotted from their spaceship, and encountered the “wildcard player” — a slimy alien with a strong New York accent (Matthew A.). Fortunately, the alien was friendly enough to let the adventurers take some rocks from his crater to carry home.

The creativity of these students has no limits. In a little over an hour, they went from Paris, France, to Mars, to Texas. Using an effective “red light/green light” system, Ms. Boggess was able to quickly switch the action to a new scenario. With little prompting, each group set up a new situation for the audience and dug into their toolbox of knowledge and experiences to move the story forward.

“One of my favorite things is watching these kids have fun and not worry about being perfect,” Ms. Boggess said. “The imperfections are what make it fun.”