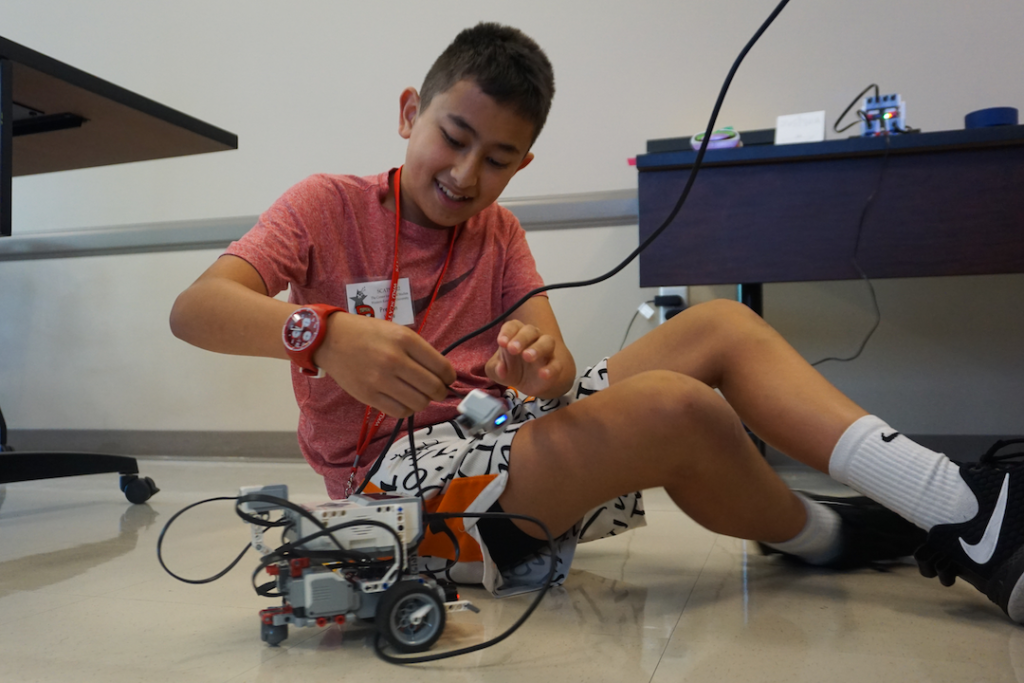 Kyle, Alexander, Jeremy, and Brickworth are LEGO Mindstorm EV3 models that were born from a box of parts as students built – and named – their robots in their first class on Monday.

Tuesday’s class was devoted to coding and learning how to make the robots move on command: right, left, forward, backward. Coding could be done on laptops or on the robots, whichever students preferred. Ms. Pruitt clarified instructions, and five minutes after class began, students had robots in hand and were hard at work. Some gathered at tabletops; others took to the floor.

“I’ve never done anything like this before,” said Lillie W. She, Mara G., and Ellie E. are the creators of Brickworth. Ellie, who has experience coding, led the charge and soon Brickworth was scooting forward as directed.

Across the room, Kyle the robot moved forward and backward with ease, turning when he hit an obstacle. “It’s like a Roomba,” said Jackson B.

Max T., who programs in Python, Jonas L., and Ethan C. are collaborators on Kyle. “This is the first time I’ve coded something with physical movement,” Max said.

Now that they have Kyle on the move, they’ll look to change things up. “I’m building a platform for tracks,” Ethan said. “He’ll be like a tank!”