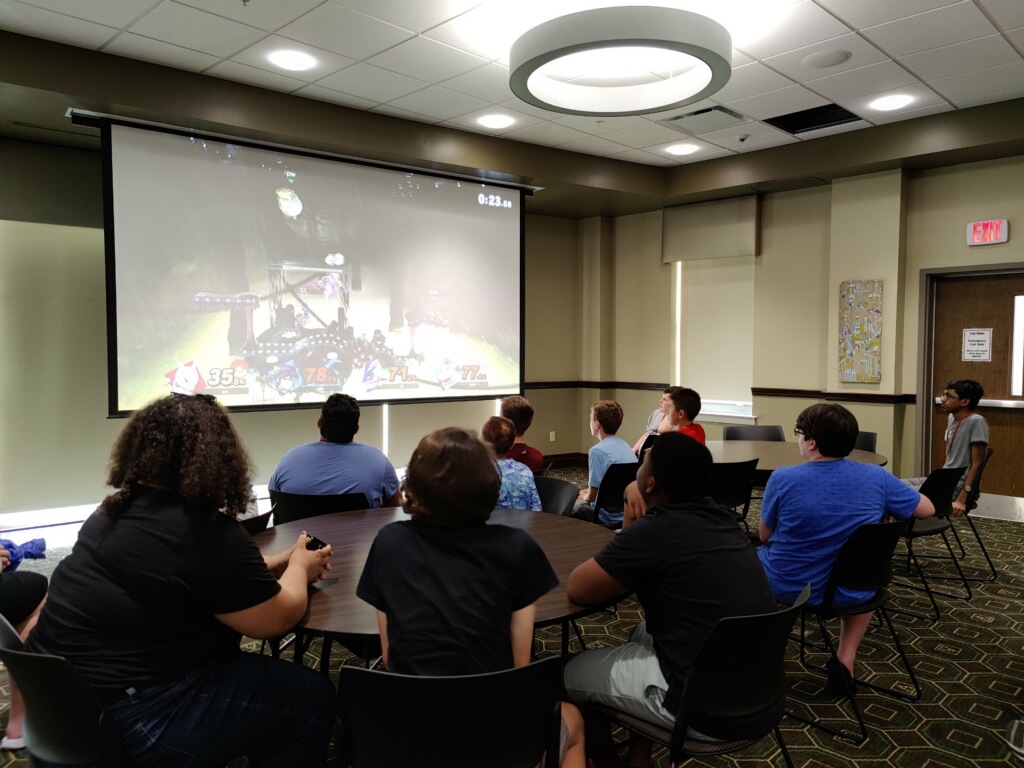 Some kids have really wanted the chance to play video games during SCATS, and they finally got the chance to do that when counselor Natalie H. brought out her Nintendo Switch on Monday and Tuesday.

The game of choice was Super Smash Bros. Ultimate, and the campers had a tournament full of chaotic, free-for-all, four-player battles (on the screen only, of course). Students played during optionals and a little into evening Community Time as well.

Some had never played before and some had a decent amount of experience, but all of them had a good time. While SCATS offers a good break from video games, a lot of the campers definitely have missed playing. Monday night’s champion was Ryan G., and Tuesday’s win went to Collyn M. These two champions also got to face off against me in some intense one-on-one matches. We don’t have to worry about who won those.
— Wade V., head counselor 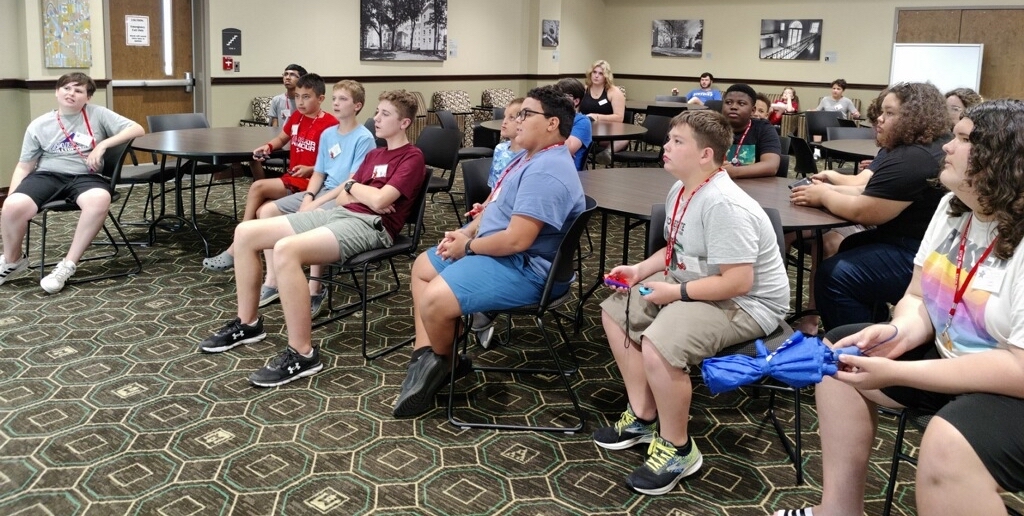