The pursuit of language: Arabic at VAMPY 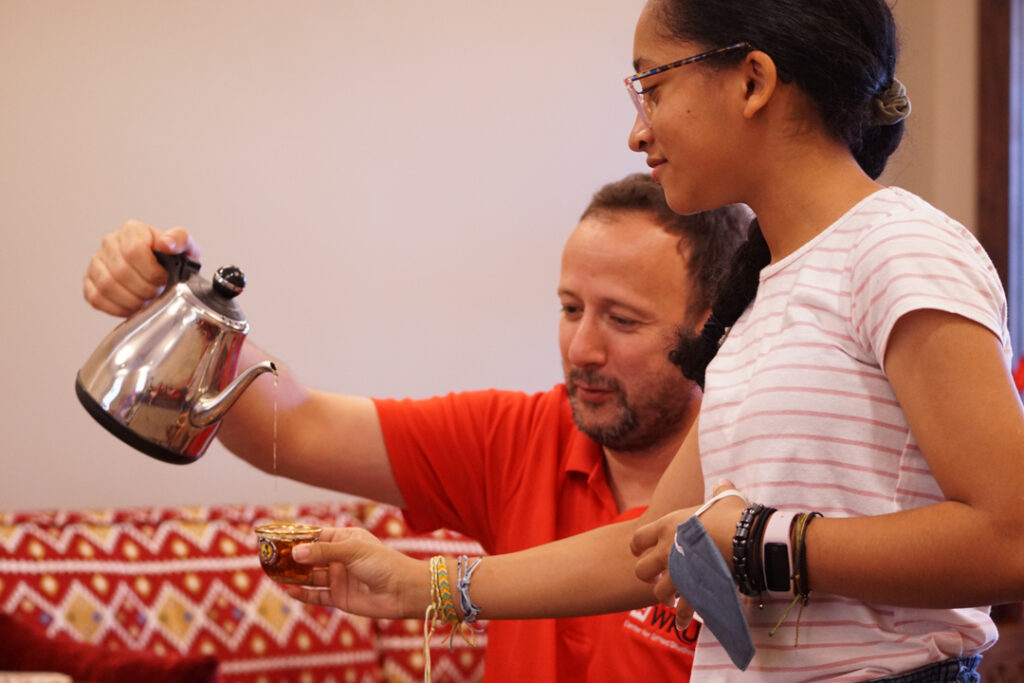 Language is a truly miraculous system through which we can describe the world around us, and foreign languages are essential for the globalized world in which we live. Each year, VAMPY offers a three-week course in Arabic, funded in part by the Qatar Foundation International. The course is similar in content to the first year of Arabic at WKU, and students learn to read the alphabet and express themselves on daily, routine matters. As a future language educator, I have been delighted to serve as the teaching assistant in Arabic alongside Mr. Lhousseine Guerwane and watch the amazing sight of language acquisition.

At the beginning of the course, no students in the class were able to read or write in Arabic, but this quickly changed. In the first week, students were introduced to greetings, then progressed on to state their names, where they live, their dream occupation, furniture in a room, their wants, and different objects. Additionally, students have learned how to add imagery to their speech by using adjectives in Arabic. Our focus has been on communication, using the American Council on the Teaching of Foreign Languages proficiency scale as a guide, rather than traditional grammar approaches. Despite this, students have indeed learned how to produce different structures through continued practice and repetition of expressions. Moreover, the students learned all twenty-eight letters of the alphabet by the end of the first week.

A language course cannot exist without cultural instruction as well. Over the course of the last few weeks, students have gotten the chance to participate in several cultural activities including creating Arabic calligraphy, drinking Qatari tea, trying henna (temporary hand designs), virtually creating symmetric Islamic tiles, and speaking to a representative about fully funded opportunities to study abroad in Morocco or Oman. In the coming week, students will also get to talk with a refugee from Syria and put their Modern Standard Arabic skills to use.

Every night, I have led the students in a review session where we steer away from the PowerPoint and lecture format with more hands-on activities. Early in my language education, I learned that it is easier to acquire new expressions when you accompany them with as many of the five senses as possible. Therefore, students have enjoyed a rich selection of activities including playing telephone, charades, and hot potato . . . in Arabic. So far, students have found the activities in class interesting and engaging as they tackle a very important language in the modern world, and their acquisition of it has been outstanding.