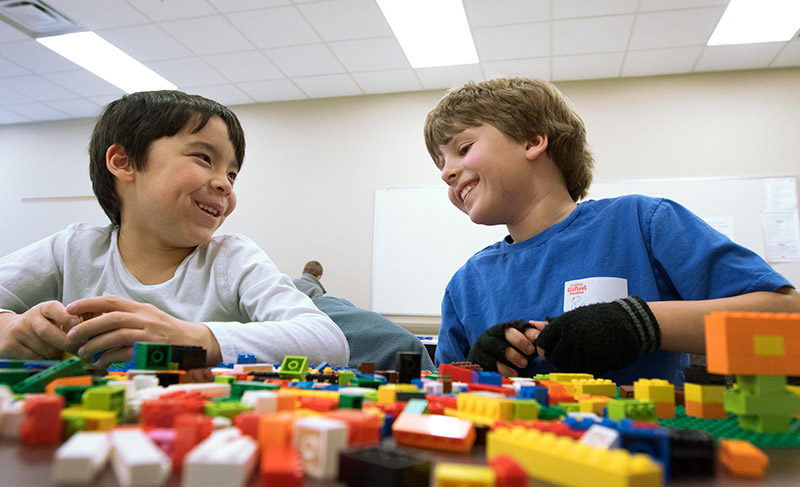 The Kitchen Chemistry/Experiments Galore class made colorful solutions to learn about solubility and used shaving cream and glitter to make snow.

Weather and Excitement Heat Up on Day Three of VAMPY 2012

The weather isn’t the only thing heating up at VAMPY 2012. Today students lit both actual and intellectual fires in the labs of Western Kentucky University. Classrooms were also ablaze with inspiration as campers shared ideas and challenged one another. Here are some scenes from day three!

Today was presentation day! Students showed their research, creativity and design skills in their lunar colony designs. Each student or group described their designs in detail and included many interesting features. Amazingly, no two designs were alike! Of course, most had solar panels, but several had other power options as well. Some included futuristic vehicles […]

Amusement Park Physics: Playing is for Everyone!

On Tuesday, the students learned about Newton’s Third Law of Motion. They were given four different experiments to complete: one on momentum, one on collisions, one on reactionary force, and one on pendulums. There was a ton of learning going on in class, and everyone had something interesting to do. With Newton’s Laws of Motion […]

Our campers have participated in some very exciting chemistry and genetics experiments this week, so we wanted to dedicate this gallery to scenes of science here at SCATS 2012. Whether making a necklace containing a strand of DNA, learning the science behind the Harry Potter films, or constructing homemade thermometers, the students have demonstrated some […]