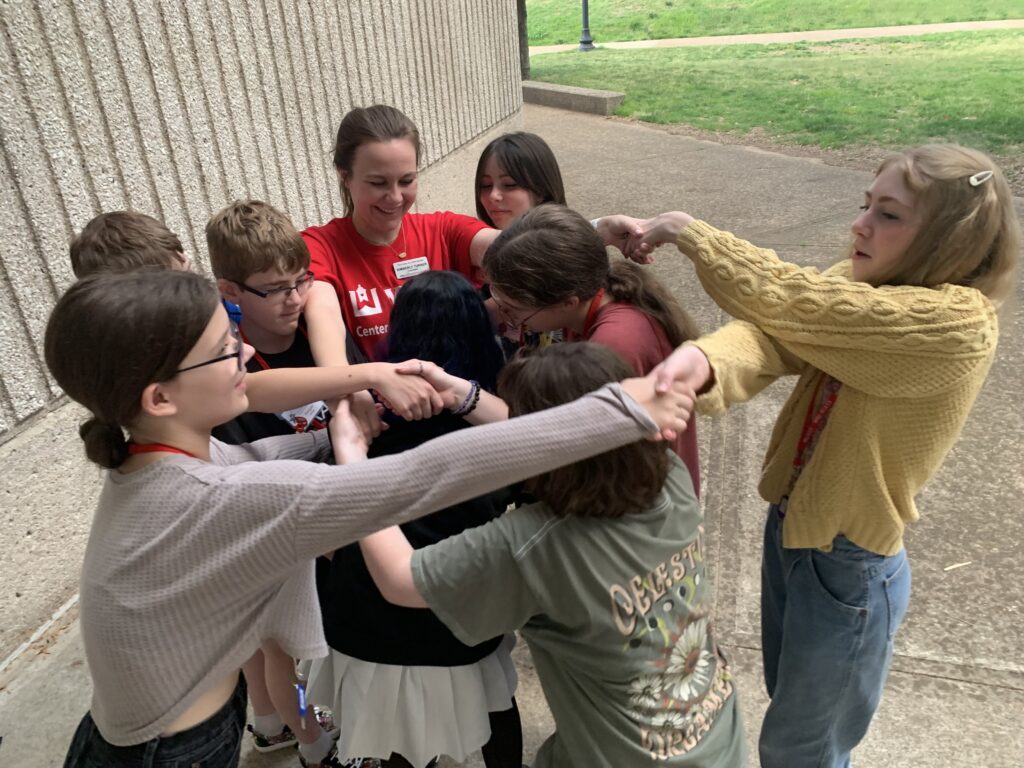 Campers quickly settled into the flow of SCATS, and Sunday night we began the annual icebreakers. The counselors had planned a wide array of activities, from Ninja, where campers battled in a game of stealth and reflexes, to Duck Duck Name, where campers were tested to remember the names of their peers.

Counselor groups paired up and participated in each icebreaker through all five activities: Duck Duck Name, Ninja, Beach Ball Questions, Human Knot, and the Name Game. As we approached the Colonnade (the WKU landmark and the site of our icebreakers), sprinkles began to fall. With no lightning in the area, our fearless campers and counselors continued on, and the rain soon dissipated.

Duck Duck Name, patterned on Duck Duck Goose and run by counselors Stuart K., Evie E., and Emma L., was easily a camper favorite. A group of campers sat in a large circle, one camper walked around them, only able to choose another camper after saying their name. Then, the chase began! If the camper got caught before they could run around the circle and into the seat, then they had to choose once again.

Counselors Mario H., Malcolm J., and I hosted the games of Ninja, in which campers would test their reflexes. The goal is for a camper to use their arms and stealthy ninja skills to tag and eliminate their peers.

As we neared the end of icebreakers, there was an extremely close game between campers Grace B. and Dairrhius W. that ultimately ended in a tie. Well played, well played!

The campers loved this opportunity to get comfortable with their peers before the first day of classes.