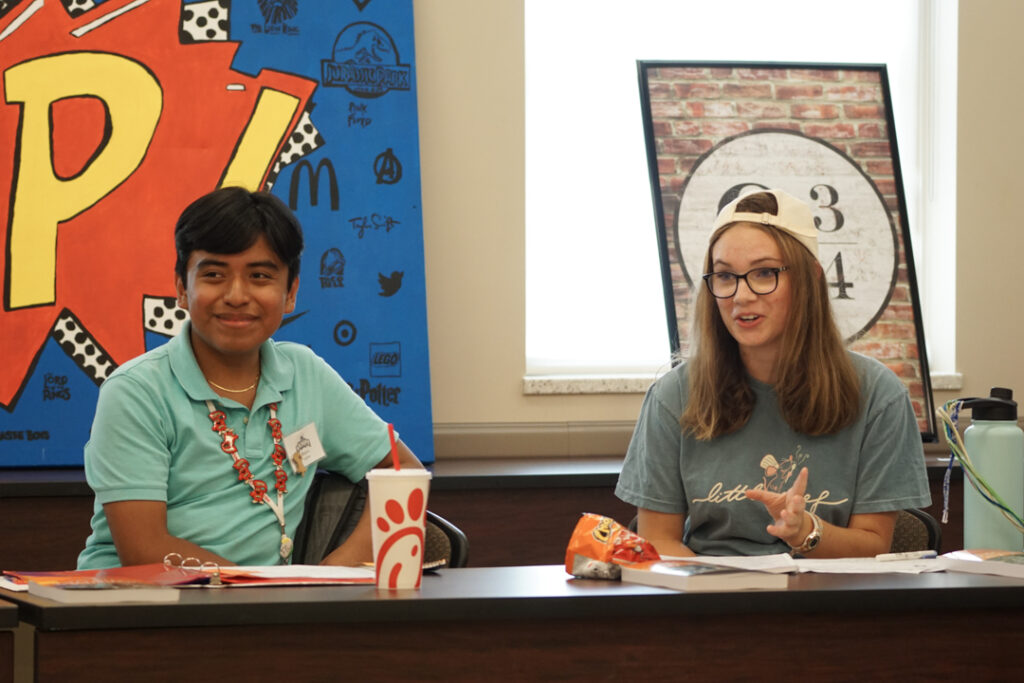 The Pop Culture class at VAMPY has an ambitious goal: to cover the majority of U.S. history in less than three weeks. Starting with the mid 1800s and ending with current times, the class uses lectures, debates, art, movies, advertisements, and more to get to know our country.

For the 1950 and ’60s, for example, we covered big events like the post World War II baby boom and the civil rights movement, but we also looked beyond the headlines at different topics like the effect of events on women, new technology, and even fashion. For each decade, we watch a movie that showcases that time period. For the 1950s we watched Grease. Students were able to pick up aspects of fashion and teen culture that aren’t apparent in still photos.

Our learning isn’t confined to the classroom in Pop Culture. We also took a trip across campus to the WKU Public Broadcasting radio and TV station. First, we met with Alana Watson, a reporter and the “All Things Considered” host for WKU’s National Public Radio station. Alana told us that NPR stations differ from other radio stations because they are nonprofit stations and rely on donations from their audience.

We then went into the broadcasting room, where news reports are recorded. Alana showed us how she would sign on to join a broadcast then invited a student to try. Gianna C. sounded like a real news reporter, saying, “This is WKU National Public radio. I am Gianna.”

Students were curious about guests who visit the studio. Alana gave us a sample by conducting a quick interview with camper Cece C., who answered questions about VAMPY and her camp experience.

Our next stop was the TV station. We were shown the station’s Emmy Awards, the highest awards a TV production can get. WKU’s station has been nominated in each of the past 20 years, winning 30 awards. Many of the winners are undergraduates, which is a boost for their future job hunting. After taking a walk downstairs, we saw various TV sets. One set is a WKU set where they film “Coaches Corner.” Another set features a fully functioning kitchen and is home to a cooking show.

Then it was back to the classroom. We have more decades to cover and not many days to get them all in.