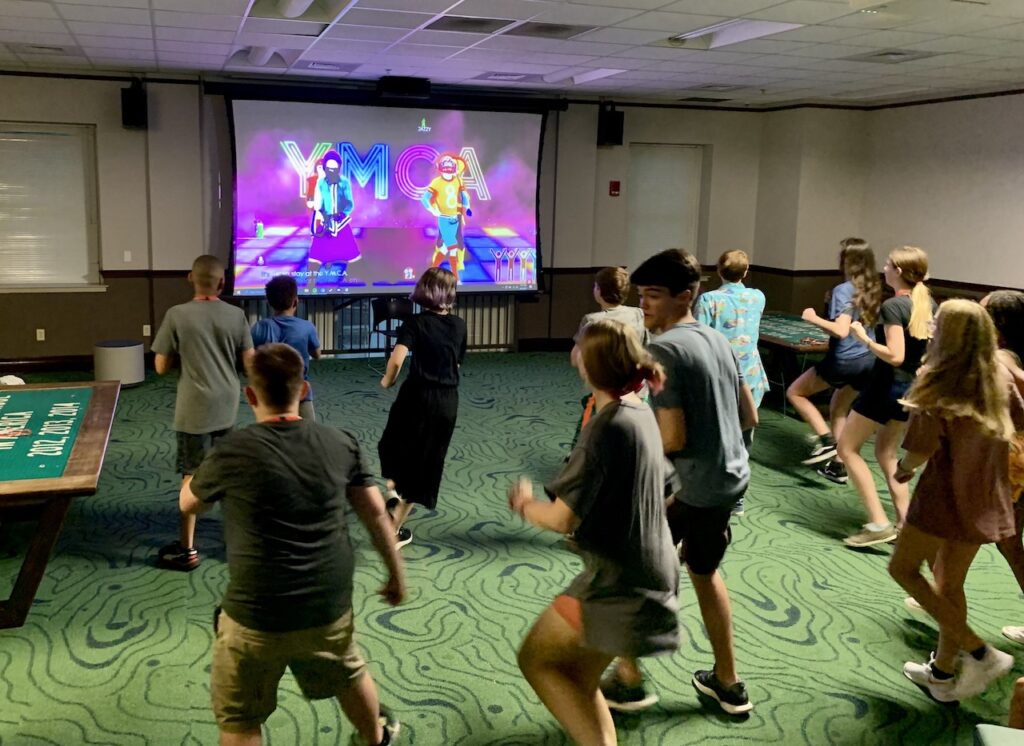 One of the campers’ favorite optionals is to play some local multiplayer games on counselors’ Nintendo Switch consoles.

We played Just Dance earlier in camp and at the Olympics on Saturday. In Just Dance, four animated characters dance onscreen to a popular song that plays over the speakers. Each camper who is participating holds a piece of the console that tracks their movements so they can score points for how well they replicate the dance. Four players can play at the same time, and it’s a great spectacle for those watching.

Another great option with the same console is Super Smash Bros. Ultimate. It’s a game that many of the campers already play, but they love the opportunity to compete against their new friends at camp. We held a 16-camper tournament on Tuesday, and while we have some pretty skilled campers, nobody can quite compete with our head counselor Wade V. (More to come on that soon!)
— Elisha V., counselor