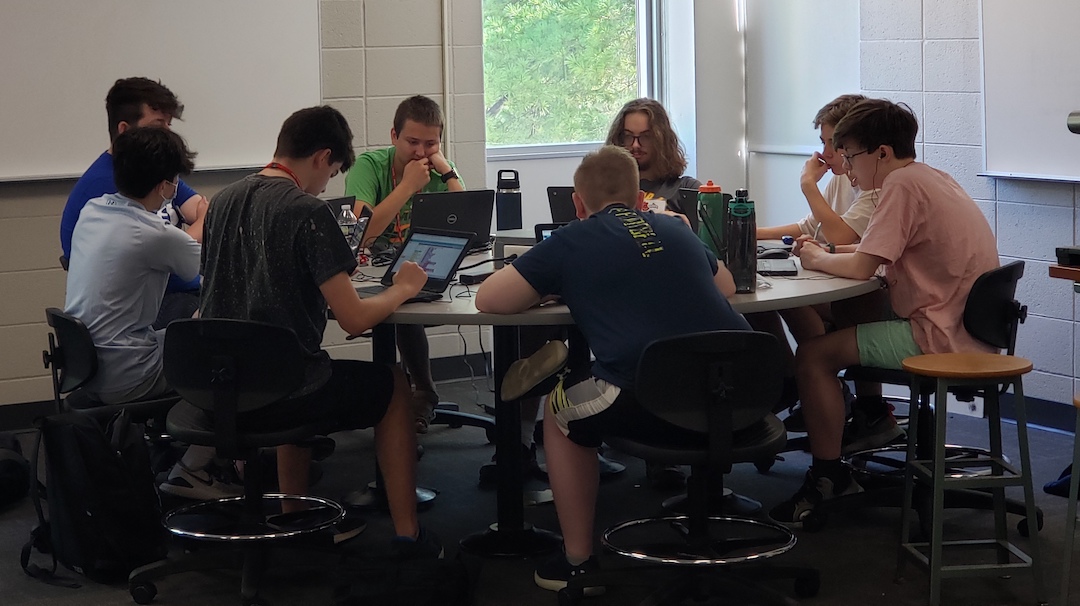 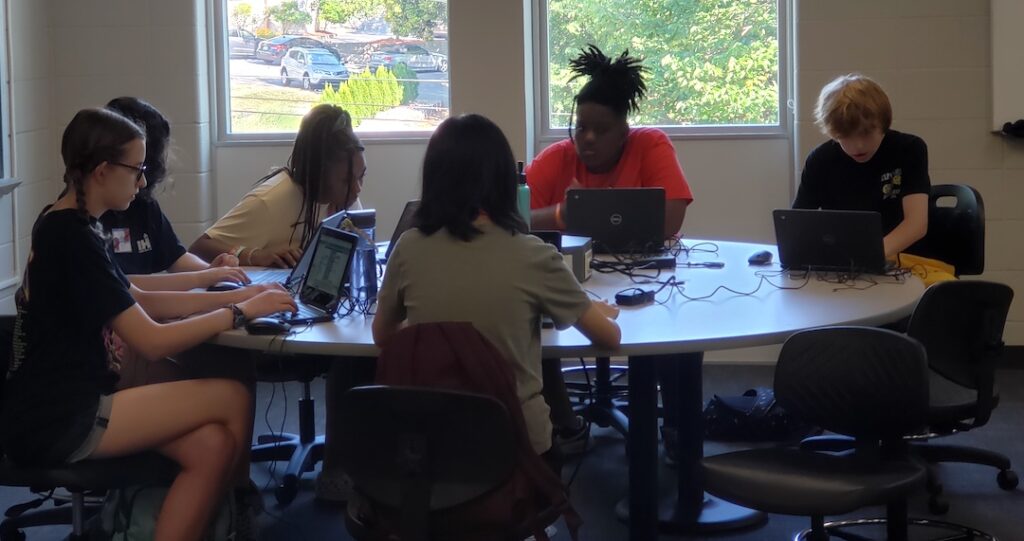 Computer science – the grand, hidden language that makes our fast-paced, technological world possible. It powers everything from your smart phone to the car you drive, and even though it is integral to our lives, just like our spoken languages, relatively few are able to “speak” it. The Computer Science class at VAMPY challenges the status quo and provides students with the tools to change the world.

Since the start of class, our students have focused on JavaScript using Code.org. They ran through all 27 lessons (each of which has 5 to 10 modules) within the first few days, and once they grasped the basics, began free coding to build their own games. Campers could make any game they wanted; some opted for side-scrolling platformers, others chose shooters, and some even tried collection and puzzle games. They used what they learned from us and through their own exploration to produce the game that they wanted and that others enjoyed playing.

In study hall every night, to break up the monotony of coding the same game all day, we provide students with a challenge to code. The first couple of nights they did challenges related to the code they had just learned. Then, the challenges quickly got more complicated. For the last few study halls, the students have been tasked with making a multiplayer game from scratch, and we will have a showcase one night where everyone will play the games with each other.

I have witnessed the growth of these student’s knowledge, critical thinking, and especially cooperation over the past two weeks. Often, class time consists of the students listening to music, quietly mulling over code trying to figure out how to make things work, and asking questions – whether that be to me or another camper. The questions quickly got deeper and more complex, yet usually required a simple fix, be it a misspelling or an out of place bracket. We never failed to fix the issue or come up with a suitable workaround. My favorite thing would be when a student would call me over to help, I would sit down beside them, they would explain their issue, and would immediately figure out the answer without my input. It always amazes me how quickly these students learn and how impressive their work ethic is.

Next week, we are going to completely restructure class to accommodate our new unit: robotics. We will begin the week by giving each team of two a Lego Spike Prime kit, and, after showing them the software, we will turn them loose to build. After making a base robot of their own design, the students will put the robots through a series of trials to prepare for their final task: to build a sumobot for a tournament-style competition between teams.

Sumobots is exactly what it sounds like: Two robots start in a circular ring, and the first to be pushed out loses. The students have the most fun building, testing, and improving their robots and code to outpace their competition before the final battles. I am looking forward to seeing their creativity blossom with innovative and unique designs that I have never even thought of. These students have inspired me immensely with their unbounded work ethic, intellect, and problem solving, and perpetually make me want to push myself as hard as they do.