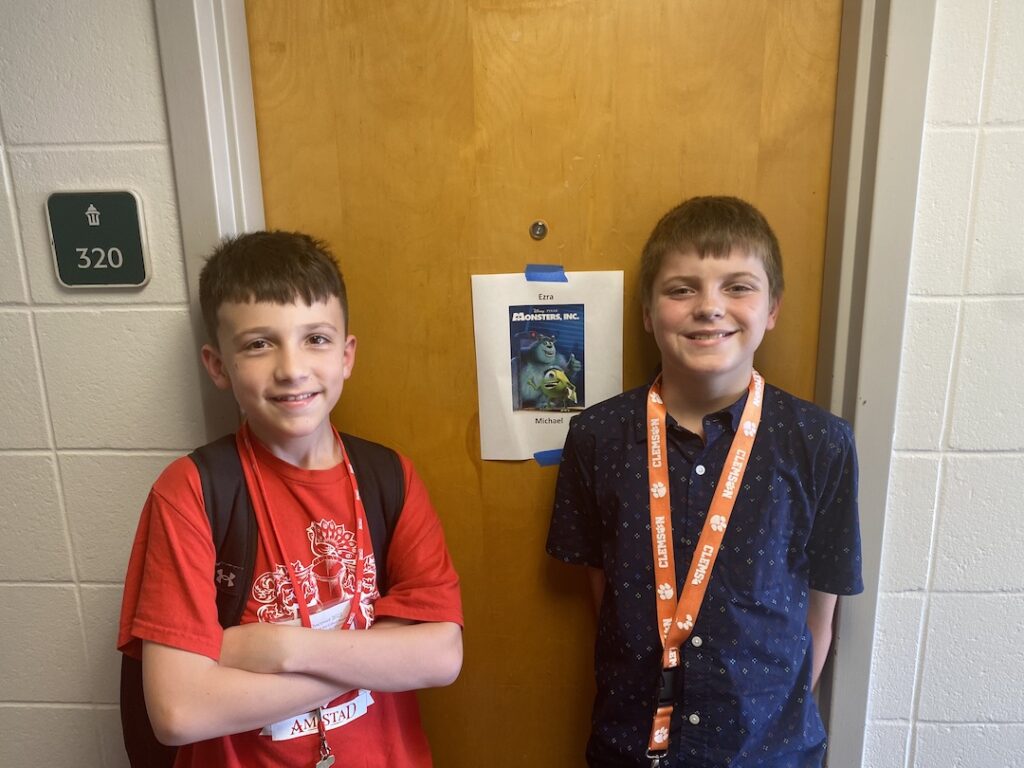 Students who attend programming at The Center for Gifted Studies often speak of finding a family or a second home here at WKU. When they leave after camp, they stay in touch. Some plan to return as campers together the next year; others meet again years later as counselors. A few do happen to become family, marrying somebody they first met here in middle or high school.

Two campers here at Camp Discover found family in a completely different way. Michael N. and Ezra S. did not realize how much they would have in common when they moved in to be roommates Monday afternoon. Monday evening, Center staff member B Joyce received a surprising email from Michael’s mom. She had made a Facebook post about dropping him off at camp, and her dad’s cousin saw the post and mentioned that her nephew’s son was also at the camp.

Upon further investigation, they realized that Ezra, Michael’s randomly assigned roommate, is also his cousin! They share great-great-grandparents, making them third cousins. Michael was in complete disbelief and thought that either I or some other staff member was playing a sick prank on him. It was not until I showed him the email from his mom that he started to believe me, but I think he still had his doubts. Ezra was more on board, saying he felt a special connection right off the bat with how well they were communicating. At The Center, we have always said that you will find a home and a family here, but this has surpassed our expectation and created a connection that is sure to last a lifetime.