SCATS Teacher Is at Home in the Class, in Space, and in the Pool 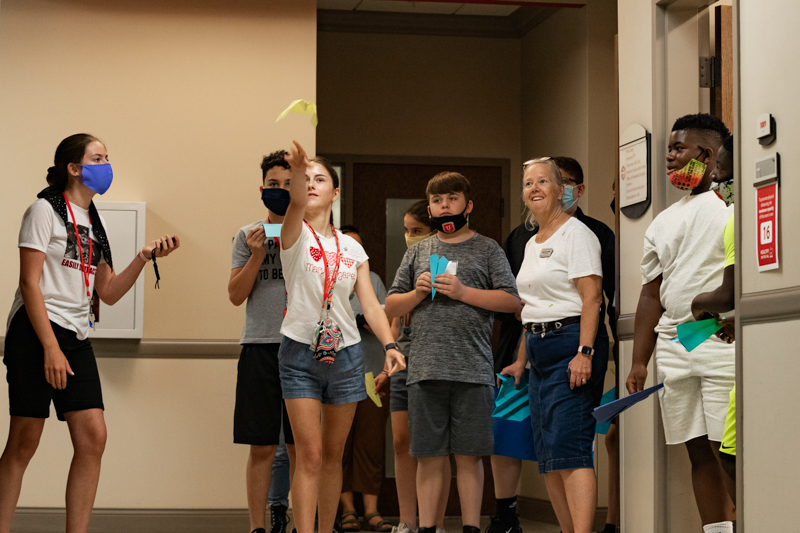 Veteran teacher Heather Kemp of Louisville knows how to get students launched into learning.

Hard to believe that today was our last day at VAMPY.

On Thursday, our class finished examining the presidency of Barack Obama by looking at major events and issues during his presidency. We watched clips from the 2012 presidential election and campaign commercials and political satire about the campaigns of Barack Obama and Mitt Romney.

Presidential Politics Update: 2008 and the Quarterfinals

On Wednesday morning we wrapped up the presidency of George W. Bush and had a round-table discussion over several Supreme Court cases involving campaign money, gun control, and healthcare.

On Tuesday morning, our class analyzed historical rankings contrasting the presidencies of George H.W. Bush, Bill Clinton, and George W. Bush. The students shared topics they had researched that occurred during the first term of George W. Bush and watched a clip about his presidency.