Campers are at the top of their games 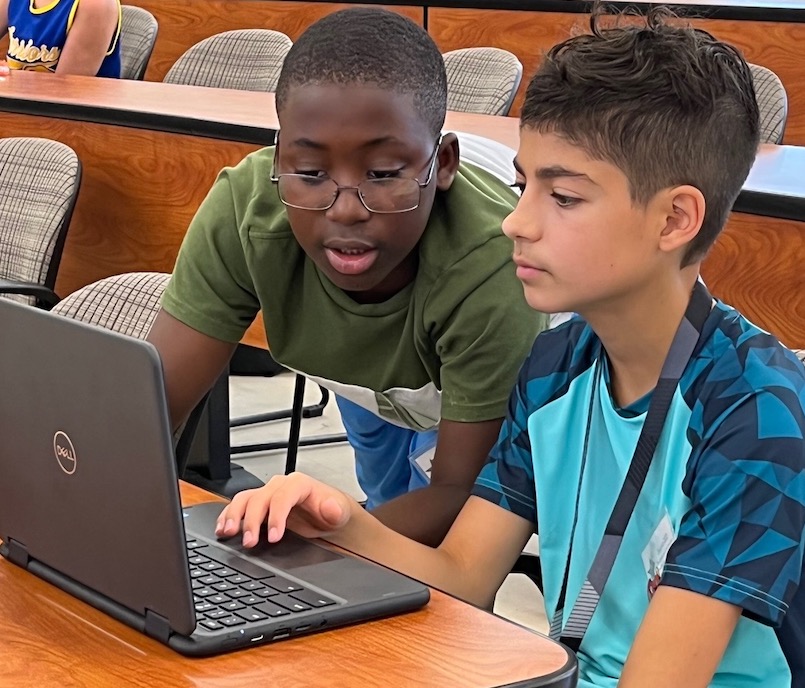 Jumping to a fiery pit, chiseling out of a tunnel, and running from one challenge to the next were all scenes on newly created games Thursday in the Design & Code a 2D Video Game class at Camp Discover. The students are actively engaged with their Chromebooks, working hard to complete their games for the final class with the coding lessons they learned.

Teacher Jennifer Emberton motioned me to check out a game. With the three-headed dog, floating ghosts, harp, and character from one of the most popular book series of all times, Emma N. displayed her game reminiscent of Harry Potter; she was facilitating a move with her Harry character who was jumping over patches of fire. If you were lucky enough to pass through the game’s various stages, you could see some of the Potter icons.

Claire H. was working on an underground tunnel system with her character trying to dig his way out, and Allen Z. displayed his snow-related game in Antarctica. As we watched his game, he explained more about the program’s capabilities. “You can upload a character, create your own character, or pick pre-made characters,” he said. “You can teleport your character from one area to another, and gain points for different tasks completed.”

The coolest thing about this class wasn’t the fact that these students have designed and coded their own video games in less than three days, but that they have shared a special camaraderie by helping each other learn more about completing their designs.