After a strenuous week of classes, the first weekend of VAMPY allowed campers to bond with their peers outside the classroom by continuing traditions unique to camp, including the VAMPY Olympics, Paper Theater, and VAMPYstock. The VAMPY Olympics on Saturday were composed of nine countries fighting for the title of Olympian Champions and the prize […]

Physics students tackle mechanics and energy in week one

In Physics, students will be covering nearly a year’s worth of material in three weeks through the use of demonstrations, related videos, snacks, lectures, challenges, labs, and builds. We have so far covered mechanics and energy, and we will be covering electromagnetism, optics, and more in the remaining two weeks of camp. Students had the […]

Roommate bonds are part of the VAMPY experience 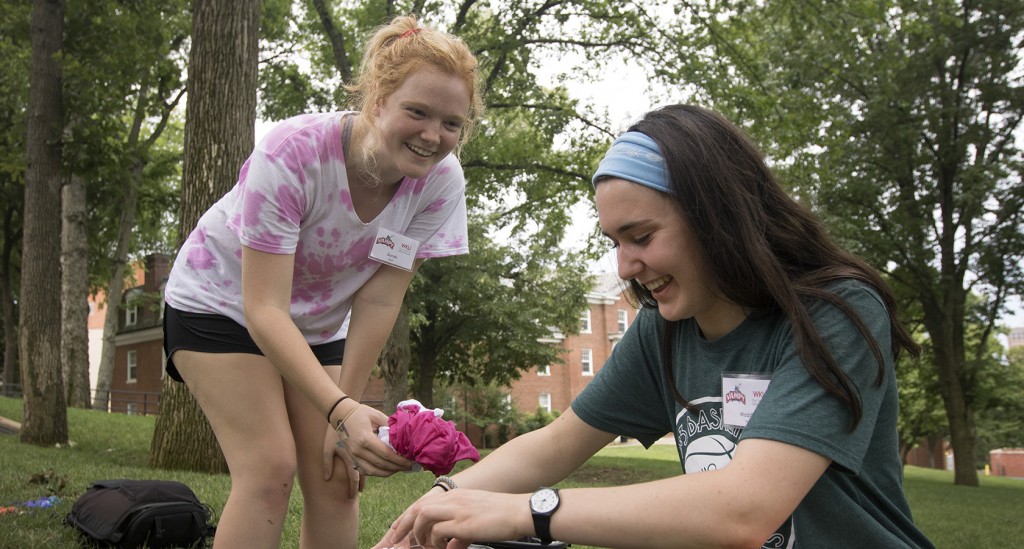 Campers meet like-minded young people both in class and outside of it, and the roommate relationship often enables them to cement bonds that will last long after camp is over.