Though it is merely the fourth, full day of VAMPY, campers have experienced a wide variety of afternoon activities with many more to come. Not long after an evening filled with ice breakers and meeting new friends, optionals and community time became vital pieces of a regular camp routine. Upon returning from class, campers have […]

As I am writing this, a third day of VAMPY has ended. However, the progress that students in Arabic class have made is as if they’ve studied Arabic for weeks. They have learned the whole Arabic alphabet, and now they can read and write anything in Arabic. Also, they’ve learned enough vocabulary to introduce themselves […]

By Jessica Smith Welcome to the “beginning with the end in mind”. Although it has just been a few days, we have already completed our first STEAM Machine! All groups were successful in popping a balloon using materials brought from home despite switching group members halfway through. In real-life engineering, there is always an unexpected […] 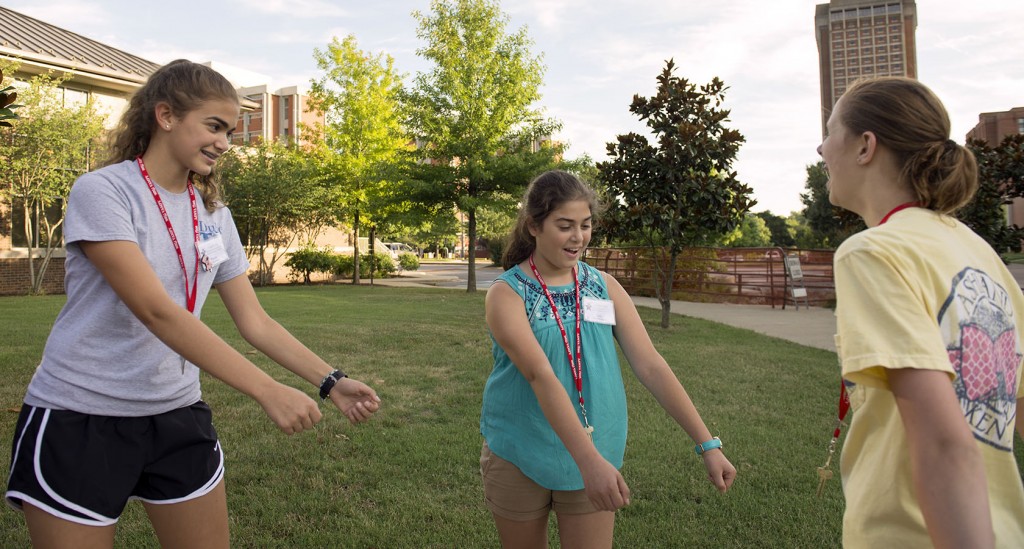 In a group that spans four grades, hails from 10 states (and China!), and is populated by 200 unique individuals, it seems unlikely that a widespread commonality could emerge. Yet 10 percent of this year’s cohort of VAMPY campers has something in common: They’re all attending camp with their sibling.

By Dennis Jenkins Wednesday we began class by reviewing the court cases students researched in study hall the night before. Discussion focused on how civil rights and the rights of the accused were dealt with by the Supreme Court. We then contrasted the rankings of John Kennedy and Lyndon Johnson’s presidencies. The class then watched […]