A day in the life of VAMPY campers 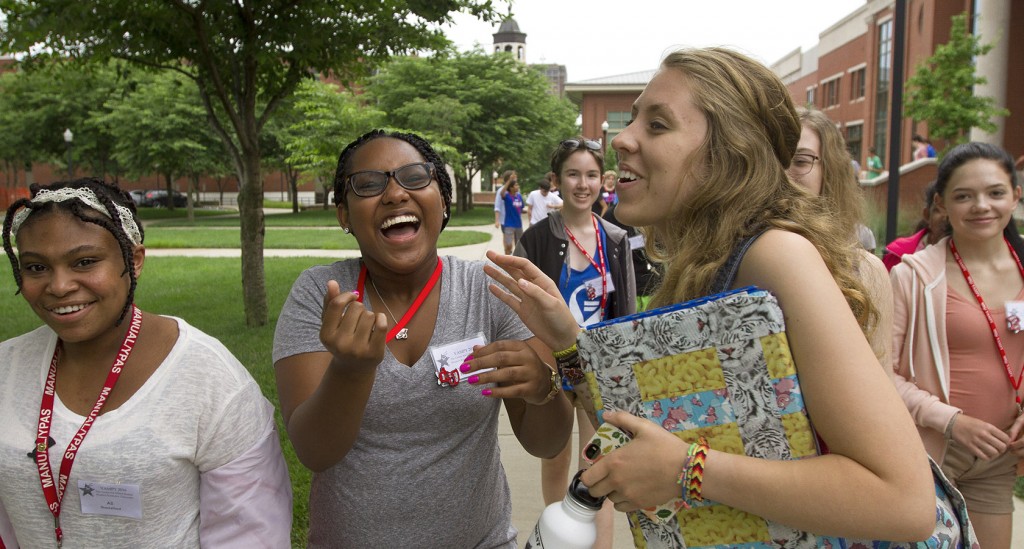 While classes are a big part of the VAMPY experience, campers also bond and grow outside of class time by spending time with other campers, especially their hallmates — the other campers in a group led by one counselor. To see what a typical day entails for VAMPY campers, our photographers followed counselor Ellie Hogg’s 12 girls from morning to night.

It’s been two days since the VAMPY campers first moved in, and things are starting to settle into a routine. While Sunday was full of reunions, introductions, and countless ice breakers, Monday brought the first “regular day.” A regular day warrants the six hours of class campers have every weekday, optionals, and study hall. The […]

Astronomy class exploring our solar system and beyond

Hello, my name is Joshua Keeling and I am the TA for Astronomy under instructor Ken Cook. I grew up in the city so my night skies were drowned out with city lights. It wasn’t until my late teens that I truly got to look up and see all the stars so clearly. I don’t believe […]

On Sunday afternoon, nearly 200 residential campers arrived on the hilly campus of Western Kentucky University, full of anticipation for the three weeks ahead in VAMPY 2016. Campers checked in with their residential counselors, moved their belongings into their rooms, met their roommates, or in the case of some returning campers, reconnected with old friends. […]