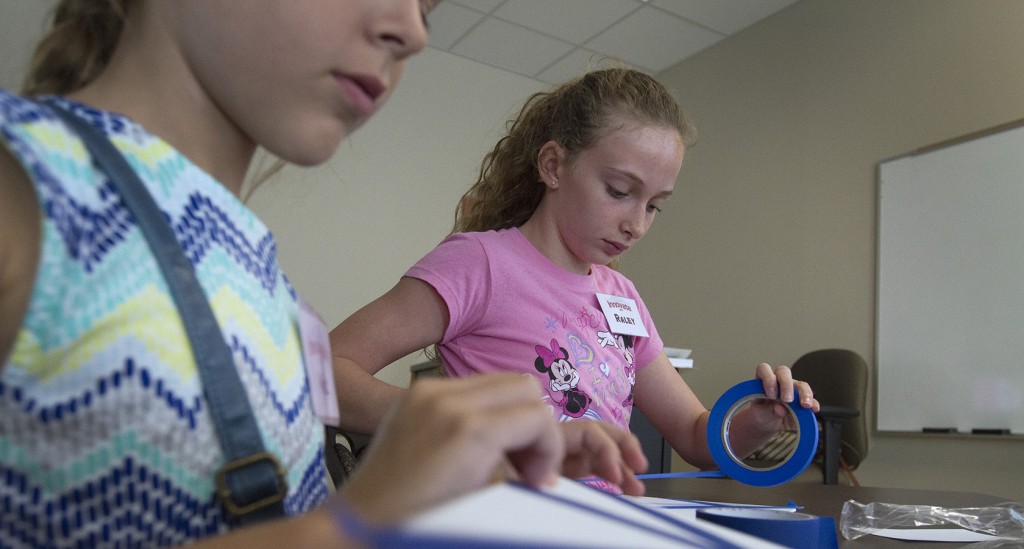 During Camp Innovate, fourth and fifth graders are exploring innovation through the lenses of science, math, language arts, and art.

Tuesday was a very big, exciting, and long day for Mr. Mitchell’s Pop Culture class as we took a one-day trip to Washington, D.C. Leaving WKU for the Nashville airport at 4:30 a.m. and not returning the students to campus until after 11:00 p.m. made for a lot of tired teachers, TAs, and students (although […]

Special from Rosemarie Wurth-Grice As I write this morning, thirteen young writers sit clicking away at their computer keyboards. Each one is working diligently on a project, and we have several due this week! By Friday, each one will have written and analyzed a creative writing piece of their choice, revised it in writing workshop, and […]

Tuesday morning students examined a current events article and discussed what Hillary Clinton’s campaign strategy should be in the upcoming election. We then switched gears and watched some of the best campaign commercials during the 1988 election between George H.W. Bush and Michael Dukakis. Students watched political satire in the impersonations that were done on Saturday […]

Since Dr. Bruce Kessler wrote this schedule for Calculus and Algebra campers in our section on the first day, it’s only been a week and two days, and this group of math learners has taken up to the chapter 8 exam. They have been studying not only diligently but also efficiently. An exam is taken […]