Bond between campers and counselors continues to strengthen

As we approach the midpoint of VAMPY, classes continue to operate in full swing and campers have finally adjusted to the daily routine. This week is packed with activities both inside and outside of class. These include field trips for several different classes, such as the Pop Culture and Nazi Germany classes visiting museums in […] 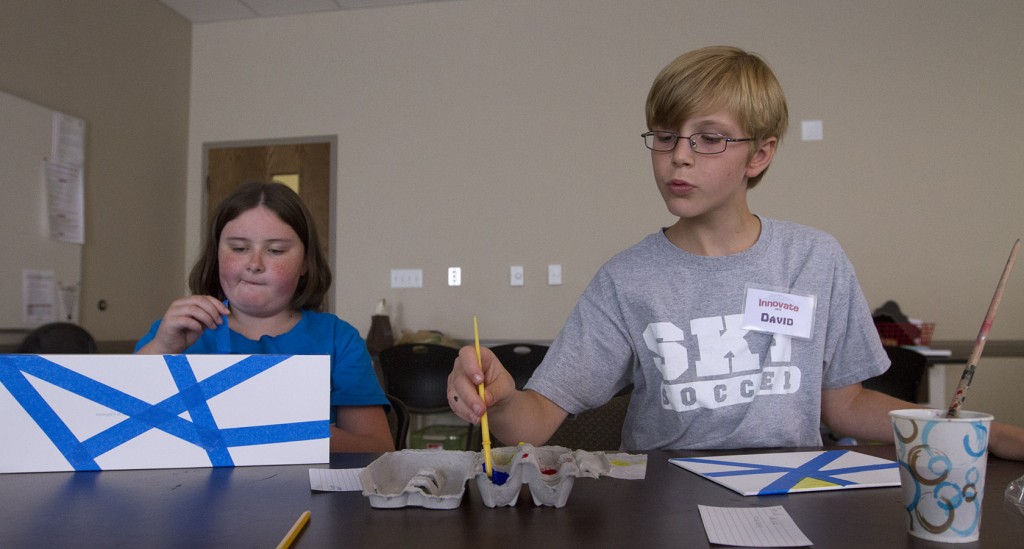 By Josh Raymer As the newest summer camp offered by The Center for Gifted Studies, Camp Innovate is appropriately focused on everything “new” – innovations, perspectives, ideas, discoveries, insights, and more. The fourth and fifth graders who attend the weeklong camp will explore art, science, math, and language arts in ways they likely never have […]

Special from Dennis Jenkins We started our second week of class by discussing some of the current events issues that dominated the news last week with the Supreme Court decisions and the issue concerning the Confederate flag in South Carolina. Students then read several articles over the role of the first ladies and the campaigns of Jeb […]

A class titled Nazi Germany and the Holocaust can accurately be assumed to involve a great deal of violence and hate. In the past week its students have learned about the history of anti-Semitism, explored the political maneuverings of Hitler’s rise to power, and begun to bear retrospective witness to the atrocities committed against millions […]